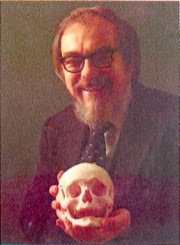 At the beginning of our World Oranj Whitebox OD&D game I started picking through various common house rulings in order to put together my own initial set of house rules. My personal list is based on rules I use in Classic D&D games (currently, Labyrinth Lord) and also on rules I've read about but never tried (see the excellent house rule lists by Philotomy and Delta). During this exercise I paid special attention to Gary Gygax’s house rules, which I attempt to compile here. The topic of Gygax’s OD&D house rules pops up on a regular basis in game forums, and some of what I summarize here will be old hat to many readers. My goal was to sift through the chit-chat and identify some of the specific rulings originating from Gygax himself. An important caveat is that Gygax was constantly tinkering with his house rules, meaning that any reported house rules should not be considered the final word.

I found two main sets of Gygaxian house rules. The one that is most frequently discussed in game forums appears to originate from Robert Fisher, who compiled the list after questioning Gygax about a game run in 2005 (someone please correct me if this citation is inaccurate). The rules were:

* Only use the three little books - none of the supplements.

* Ability scores rolled as best 3 out of 4d6. Arrange scores to taste.

* PCs are unconscious at 0 hp. They can go as low as level +1 before death. (e.g. a 4th level fighter can be brought as low as -5 hp and just be unconscious.) A healing potion or cure spell restores them immediately.

* A casting caster who loses initiative will lose his spell if hit.

* No training necessary to gain a level.

* Clerics don't need spellbooks. (The original books can be read to imply that they do.)

* Gary IDs most magic items immediately (charging large sums of money when they return to town to rest & recuperate for this service). (This is because the players are anxious to get back into the dungeon & don't want to bother with in-town adventures.) Potions must still be tasted to ID, though. Unusual items require a trip to the striped mage.

The second set of rules comes from a forum posting that Gygax himself made in 2007:

* HPs: Characters are only unconscious at 0 HPs. For each level a character may have a minus HP total equal to the level, so a 1st level PC is dead at -2, a 2nd level at -3, etc.

"I run three-booklet OD&D now and again myself, adding some house rules to make 1st level PCs a bit more viable and allowing Clerics a spell at 1st level if their Wis is 15 or higher."

Gygax's house rules are interesting because most of them make characters stronger: the ability modifiers are all directly or indirectly positive, it’s harder to die, clerics don’t need books, magic items are instantly identified, no training to level-up, etc. One of the big advantages for players is the -1HP damage reduction per character level (!). Overall, Gygax seemed to be fairly liberal in giving out little bonuses to player characters.

These bonus-oriented house rules strongly imply that Gygax felt that by-the-book Level 1 characters in OD&D were too vulnerable. The main reason to implement most of Gygax's house rules would be to decrease mortality and make the characters slightly more powerful. A small number of gamers – almost exclusively experienced retro-role-playing enthusiasts - enjoy high-mortality low-level D&D play because of the special kind of challenge and excitement it offers. I like this kind of gaming myself. In my experience, however, most casual role-players are bummed out by seemingly random or premature character death. Gygax seemed to be interested in accommodating this latter group.

Gygax’s house rules are also interesting from a game evolution perspective. We can outline character strength in early D&D thusly:

Having played Classic D&D since the early 80s, I now find myself increasingly preferring the Gygaxian OD&D model because it seems to be the most fun for my current players, and therefore for myself, the DM. It decreases low-level mortality to a manageable level where there's an exciting tension but players are not so cautious as to make the game tedious. It focuses on “+” modifiers, which are psychologically more fun for players (e.g. nobody likes having to take -1 or -2 to their to hit roll every single time). Also it's mechanically simpler and faster than Classic D&D because players don’t have to juggle multiple “-“ and “+” modifiers.

In general, I think it’s better to start with a lower baseline and add to it, as opposed to starting with a higher baseline and being forced to subtract. This goes for many things, including rules complexity itself. It’s just more fun that way…