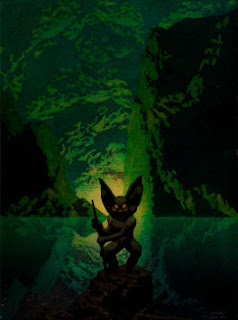 Hannes Bok is one of my favorite fantasist painters. He worked using a technique popularized by Maxfield Parrish - painstakingly adding layer after layer of semi-translucent glazes to get a glowing color effect. His paintings grace various covers of mid-tier pulp magazines and some book covers (Arkham House in particular) of the mid-20th century. Bok hung out with the L.A. Clifton's Cafeteria sci-fi crew in the 1930s. With the demise of the pulp markets in the late 50s/60s Bok became a professional astrologer and dropped out of sight. It is interesting that during this period the great illustrator Virgil Finlay also got into the astrology market to make up for the loss of sci-fi jobs.

Here's a very nice 1944 Bok painting called "The Sentry: A Being Guarding the Entrance to a Martian Canyon." 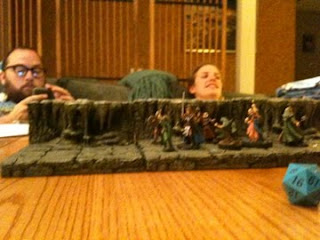 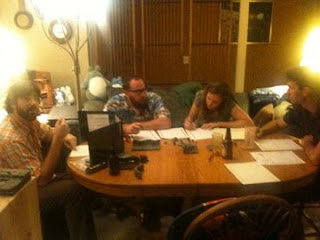 Labyrinth Lord game from last week. Fighting rock goblins on the ledge of a tower in a vast underground cavern...

Yes - that is James Doohan there at the end. For some reason, though, this Lou Scheimer masterpiece never caught on as well as Star Trek. Scheimer et al. went on from Jason of Star Command to make He-Man. 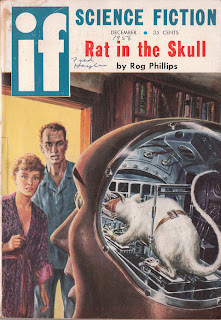 Worlds of If cover by Ed Emshwiller, 1958. Perfect! Emsh's style got more crazy and psychedelic in the 1960s with his Ace paperbacks - all very cool!