For our whitebox session last Sunday one of the players surprised everyone and brought along a homemade miniature of his character Franklin, Cleric of the Zymosian Time Demon! Check it out: 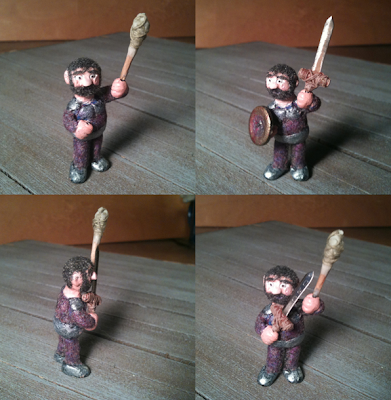 The player said that the hardest part about making the mini was getting it to stand on it's OWN TWO FEET! How many (non-Lego) minis have you used that stand on two feet? Awesome! The other cool thing is that the mini is wearing plate-mail underpants and you can switch around the torches and weapons!

This player is a crafty guy who does a lot of modeling (check out his blog : archaotics) and also does awesome stop-action animation:

By the way, another player (Mackie the Fighting Man) in the game also does some animation. I'll pimp his work while I'm at it: