Old School at the Olde Ship: Pictures and Recap 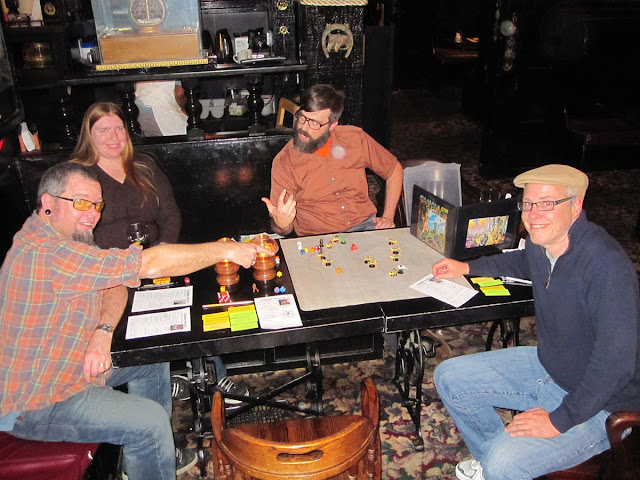 Gamma World Late Shift
(Clockwise from left: Summerisle, St. Yossarian, Cylco, Harry)
On Sunday a gaggle of old school roleplayers took over a corner of the Olde Ship British Pub in Santa Ana, California. I counted a total of 16 attendees with gaming going on for 11 hours. Tables were filled with ales, meat pies, polyhedral dice, and character sheets. The hilarious British manager Jackie kept the provisions flowing while she was listening in and checking up on the progress of each game.

There were two concurrent afternoon sessions. There was a large D&D game of the Judge's Guild classic Tegel Manor (a prequel, actually) run by Brunomac of the Temple of Demogorgon blog (CLICK HERE to read Brunomac's report ). At the same time Trent Foster ran a D&D session of his massive homebrewed Castle Xanadu dungeon. In Trent's game I played a flying fairy named Sprincus and at one point we tangled with a gremlin witch doctor! Can't beat that, huh? It was super cool! CLICK HERE to read a thorough session recap Trent wrote up.

For the 6 players remaining after dinner I ran a session of the original Gamma World. I took the group through the Floating Castle of the Wasp Women - a scenario I ran at Gamex last year. The players started out trying to capture an anti-gravity-generating brain from a hive of giant wasp women, and found themselves in the middle of an insect revolution. I had fun and I hope they did too!

Everyone said they had a blast and want to do it again. The Olde Ship even offered to set up a private buffet for our group the next time we come. Maybe we can turn this into a semi-regular thing...?

Thanks to Saint Yossarian and The European for pictures! 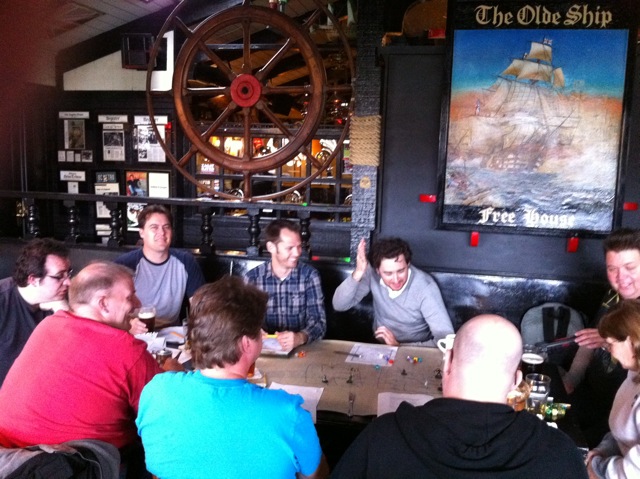 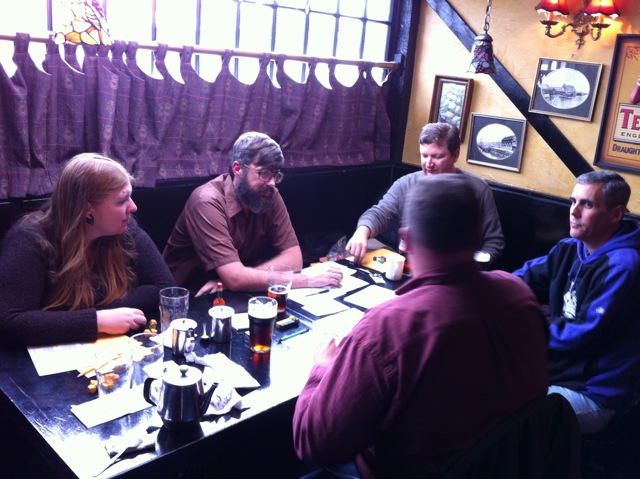 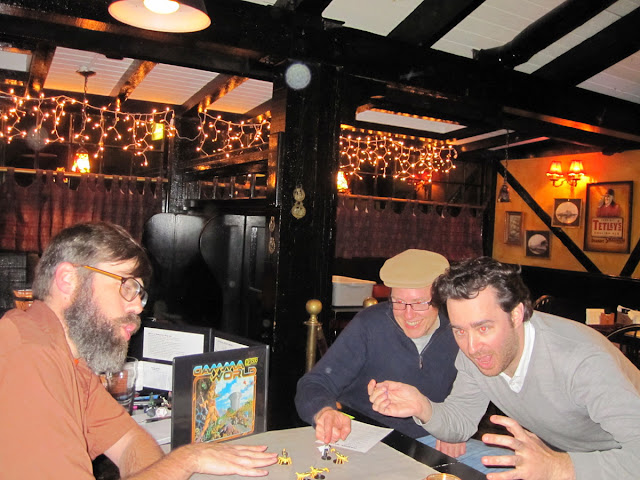