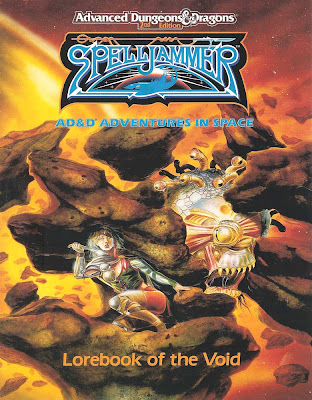 In principle, I thought TSR's Spelljammer could have been cool, but, as it turned out, it was just silly. - James Maliszewski

I love Spelljammer. Okay, there, I said it.

And, yes, much of Spelljammer is quite silly. Right out of the box it almost seems like an Encounter Critical expansion. Indeed, many gamers revile Spelljammer as a symbol of late-TSR’s gimmicky excesses. This 1989 boxed set in particular has been singled out as an example of why TSR went bankrupt. During the 2e era TSR released a series of non-traditional campaign settings as overstuffed boxed sets – Spelljammer, Hollow World, Dark Sun, Planescape, etc. From what I understand none of these boxed sets were profitable, and many of them are thought to have alienated traditional AD&D players while scaring off potential new players.
To be honest with you I know very little about late-TSR's output. I got out of roleplaying when 2e was released and I only got back into it a few years ago after Gygax’s death caused me to reexamine by boardgame-oriented gaming habits.  I had always thought of late-TSR material as derivative generic fantasy stuff (e.g. Dragonlance). Well, a few weeks ago on a whim I traded a twenty dollar bill for a used Spelljammer boxed set at a gaming con and I found it to be surprisingly bizarre and entertaining. My curiosity about late-TSR products has now been piqued – especially in terms of the weirdo campaign settings. I just purchased Dark Sun and Planescape on eBay and I’m very curious to see what they’re like. I’ve also been re-reading the old Manual of the Planes (AD&D hardback – the inspiration for Planescape) - much of it is ridiculous, but there is also a lot of creative stuff there that is weirdly delicious.
I cannot deny that there’s a good deal of indefensibly silly junk in Spelljammer. For instance, it’s painfully corny that many of the spaceships look like sea animals. Despite this, however, there are some great ideas in the set I’d love to employ in future games. If one stripped away a much of the campaign setting Spelljammer could make a great weird fantasy retroclone supplement. I think the best material in Spelljammer could be distilled into a highly appealing 32-page booklet.
Here are 10 reasons I accepted Spelljammer into my heart:
1. The title “Spelljammer” is so goofy it’s rad! I mean, c’mon, this game was published in 1989 but the title sounds like it’s from 1982. It sounds like it should be the name of a token white nerd kid in Breakin’ 2: Electric Boogaloo that got cut out of the film during editing.

2. The moment I saw this illustration of a Dwarf asteroid spaceship I knew I had to like Spelljammer: 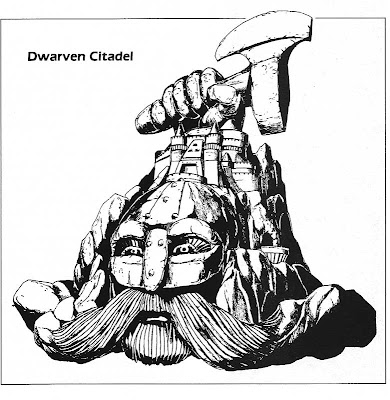 3. Ha ha! Elves are so lame in their butterfly spaceships! 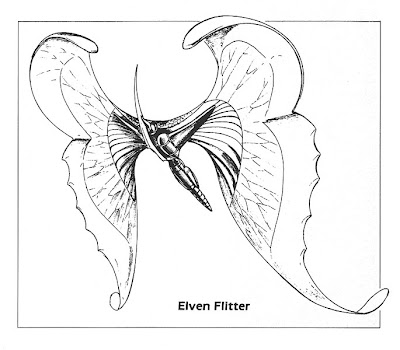 4. What’s not to like about wizards flying wooden spaceships through hypermassive extraplanetary spheres? There's lots of room for creative DMs to use Spelljammer to bring weird and creepy cosmic horror into their games. Of course, it's also great for gonzo-style gaming as well.
5. Beholders are one of the major evil alien races in Spelljammer. There are several different species of space beholders that fly around in scary spaceships crewed by space slaves! 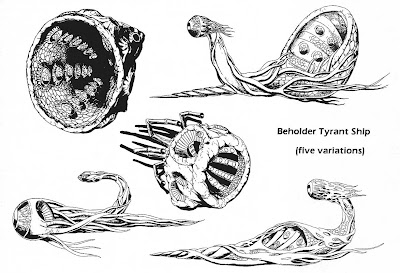 6. Used Spelljammer boxed sets are cheap on eBay and they are packed with colorful goodies. Hopefully I can make a future post with pictures of all the stuff in the box. No wonder TSR went bankrupt...
7. Two words: ASTEROID DUNGEONS. This map is so cool I just might go bananas! 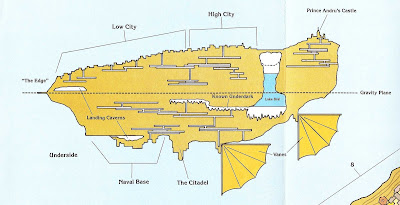 8. There are some wonderfully creative text passages like this:

Those fantasy systems with stars in the night sky often have these stars mounted along the inside of the crystal sphere. The nature of stars varies from sphere to sphere, however. Within some spheres the stars are small portholes looking out on the phlogiston, in some they are painted lights along the interior, in some they are great cities inhabited by alien creatures, and in others they are great bowls of fire held aloft by huge statues of forgotten gods.

9. The essence of the set – a ruleset for magical space travel – is simple, clever, and easily transferable between various editions of D&D. There's actually some good, practical, usable stuff in there.

10. Spelljammer is (mostly) steampunk-free!!! No offense to you steampunks out there, but I just can't handle steampunk in my D&D...