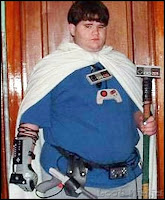 A POWERFUL GAMMA WIZARD
In our last Gamma World session two people played a new Gamma Wizard "character class" I whipped up. These Gamma Wizards only start with 1d4 mutations, but they have the advantage of being able to temporarily expend their Mental Strength (or Willpower, if you play Mutant Future) to cast magical wing-ding-zingers. Mental Strength is then regained 1pt per turn (assuming 1 turn = 10min in game time). Super easy! It seemed to work great!

Here's the "known spell" list I handed out at our last session. Just the basic D&D-type stuff this time around. Of course cooler spells may be found scattered amongst the wonders and wastes of the Gamma World: 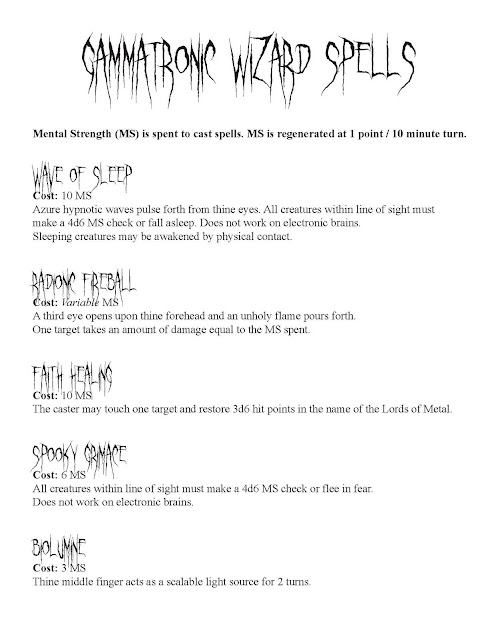