Yesterday was the SoCal Mini-Con III in Anaheim, California. Everything seemed to go perfectly great and everyone I talked to had a blast. Special thanks to Bedivere for arranging the event!

There were six games and over 30 people total:
I was able to get  few pictures of the Mini-Con. Also, special thanks are due to David B. for the Gamma World pics. I tried my best to attach names to people in the pictures, but I couldn't remember everyone's name. Please let me know if I got your name wrong and I'll correct it. Sadly, I wasn't able to get pictures of Telecanter's or Brunomac's games... 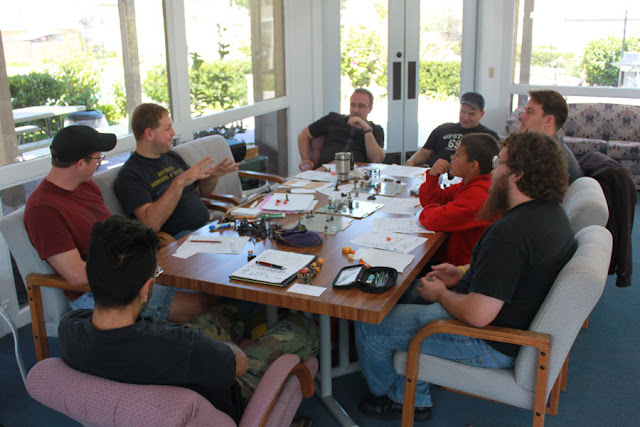 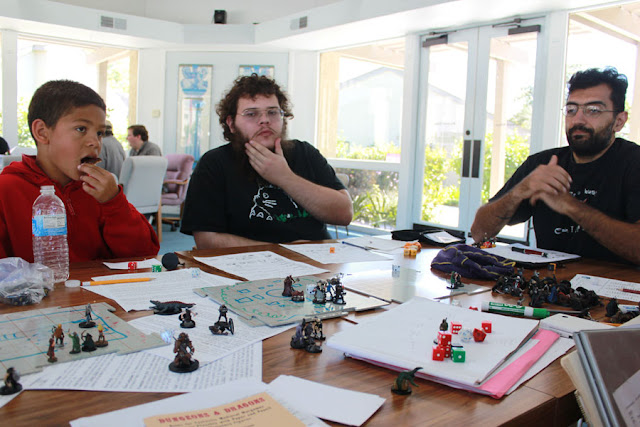 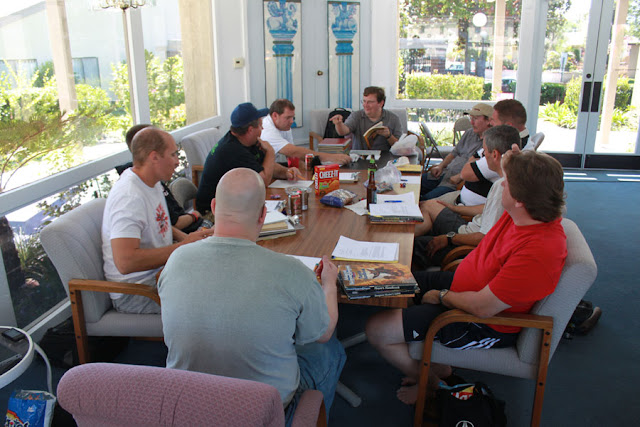 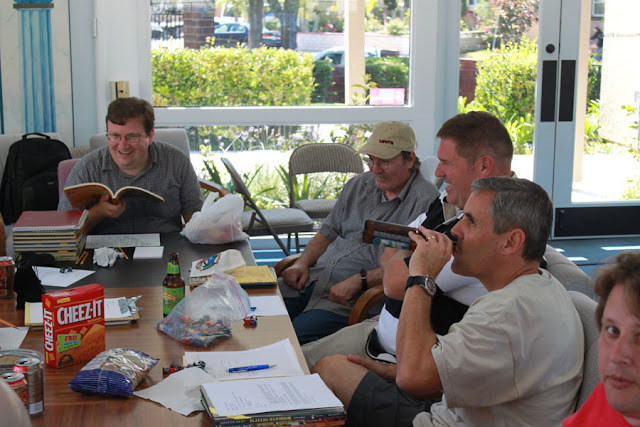 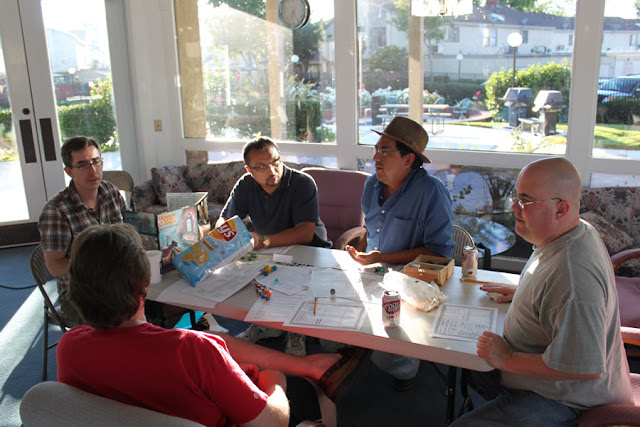 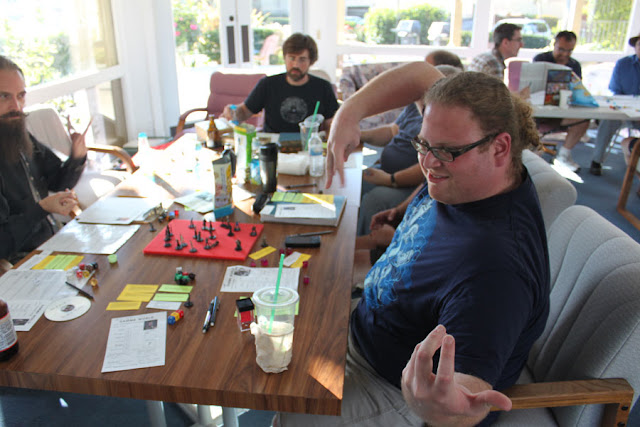 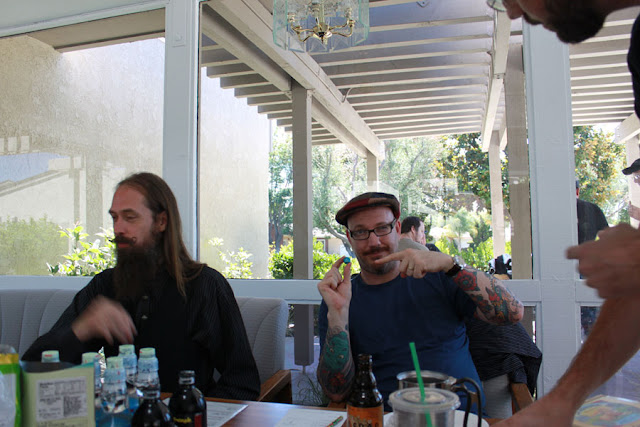 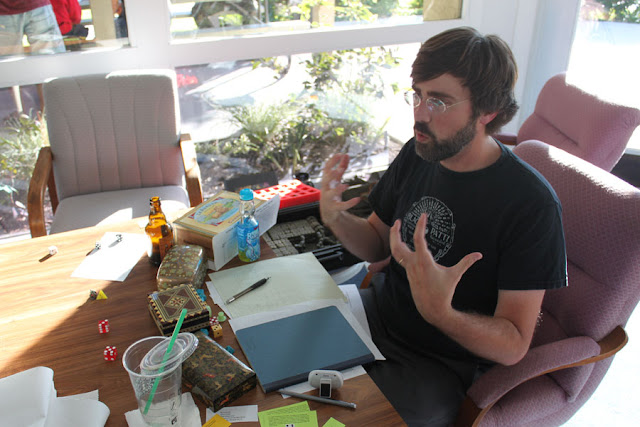 (Can't remember what I was gesticulating about, exactly...)