In response to requests from players, I will do my best to post background notes and session reports for our D&D games. There's a bit a catching up to do. First off, here is the background for the World Oranj WhiteBox D&D game in Los Angeles. Also included are some illustrations I made to help clarify some specific points... 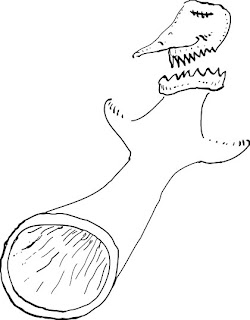 BRIEF DESCRIPTION OF THE WORLD

Our Game begins on the World Oranj - a large rainy planet circling a large ocherous sun. This planet has an amber-hued gaseous atmosphere that has the odor of freshly sliced agaric mushrooms. For tens of thousands of years this planet was dominated by a progression of far-reaching human civilizations. Remnants and ruins of these cultures are found everywhere among the forests, swamps, mountains, and seabeds of the world. Over the years, as the various surviving civilizations became more isolated and inwardly focused, the sprawl of humankind declined as wildness retook the world. Currently, the larger portion of remaining humanity is concentrated in a handful of large and isolated city-states that are surrounded by sparsely populated wilderness. Within the city-states the greater bolus of humans maintains an obliviousness to the outer world, focusing instead on complex and decadent artistic, cultural, and pharmaceutical endeavors. Most people spend their entire lives within their city-state, however each progressively shrinking generation produces its own small share of scholars, adventurers, and psychopaths who venture beyond the city walls into the black-leaved forests stalked by translucent beasts.
CHARACTER CLASSES 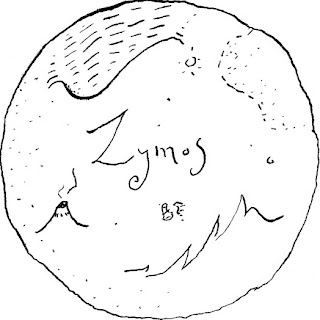 Clerics: In the sky there is a blue and silver moon called Zymos. This moon appears very large due to its close proximity to Oranj. On Zymos there resides Six Demons living in six ancient temple complexes, respectively. Clerics are able to call on these Demons to gain supernatural favors. While a cleric may call on any of The Six, each cleric has a special association with one of the Demons, usually originating from a dream or vision early in life. Each cleric carries a book of collected meditations and supernatural scripture he or she uses to record and study incantations necessary to invoke favors and spells from the Demons. Clerics are often motivated by a desire to discover lost meditations and artifacts related to the Demons, and, of course, to travel to Zymos to meet the Demons face-to-face.
Fighters: These individuals have spent their lives focused on disciplined physical pursuits - usually violent, athletic, and/or erotic in nature. Fighters are often motivated by a passion for contests and conquests – a disposition often considered to be a sort of mental illness by the good people of the city-states.
Magic Users: Scholars of the ultraphysical sphere, specialists in paramathematics, hypergeometry, and pharmaceutics, magicians practice using their mental abilities to alter the elements around them. They rigorously train regions of their brains to act as storage reserves for physical formulae encoding certain atomic manipulations. Magic users are a strange and rare breed who jealously guard their personal books of spell formulations while seeking out additional knowledge and materials to add to their collections.