Why exclude grandma from the fun? 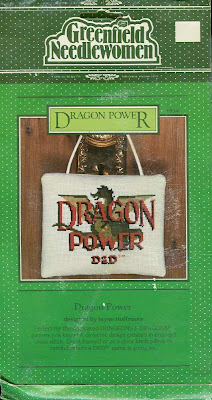 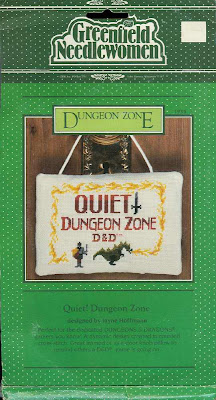 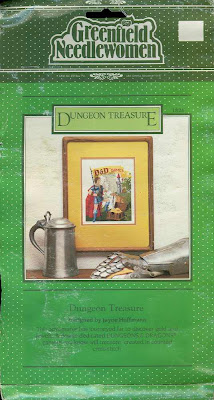 Over at Dragonsfoot a discussion is just starting to brew about the strangest D&D items ever produced. The usual contenders like the wood burning kit, beach towel, and wind up toys make a showing. Something I had never seen before, however, are these crazy needlepoint kits (pictures posted by Egg of Coot).


When Kevin Blume became President of TSR in the '80s, his wife wanted him to support her hobby too, so he bought her a company: Greenfield Needlewomen. They did 4 different D&D kits, but the bulk of their line is of course the usual assortment of needlepoint projects. (They were sold off long before WotC got interested in TSR.)